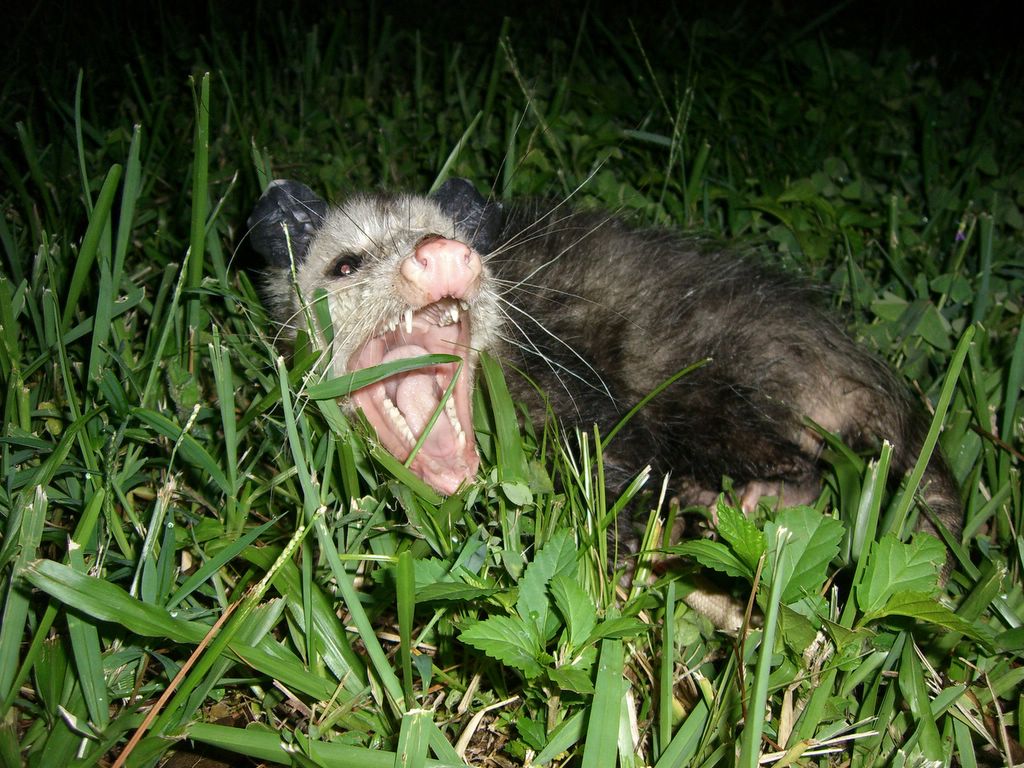 Call Now For Help With Opossums

Opossums are medium sized animals, almost the size of a cat. Their bodies are covered with a mix of gray and white fur. They have very pointed nose, long tails, small eyes and narrow snouts. Opossum actually means the white beast in Algonquian language. They have more teeth in number than any other mammal, which they make great use of when it comes to scaring away predators. Even though they are good climbers, these animals walk sparingly slow and in a hobbling manner. These natives of North America are actually the largest of marsupial.

They are fond of woody and suburban regions and do have good tree climbing abilities ranging from sharp claws to prehensile tails. Their preference is nesting in tree cavities although they may take chances at residential homes reside in garages, yards or sheds. In the event that they invade homes, they do construct nests of grass, twigs, cloth scraps and other materials. Secluded and dark places work well for them as they use such regions for hideouts during the day and go out at night to fend for food. They can also venture into gardens and yards, destroying crops and right into the garbage cans for a meal.

Their main diet are fruits, birds, snakes and other vegetation although they can feast on any other stuff including garbage. Opossums that live in people’s neighbourhoods do use the night opportunity to hide about and enter into houses via unsecured dog doors. They are most active at night as their eyes are well adapted to darkness. It is during summer months when these animals can wander widely more than other seasons.

These animals are more related to kangaroos than to other mammals. Generally, opossums mate from midway winter to summer season. They usually get multiple litters, referred to as joeys. The newborns are usually grossly underdeveloped, blind and very tiny. Immediately after birth, the joeys climb into their mother’s pouch where they attach themselves to the mother’s teats for survival. Even though a female opossums can give birth up to 20 babies, only a few will survive. Generally, a female opossum has 13 teats which therefore means that only 13 joeys can survive. In most cases, a fewer number than this is what survives. The majority never makes it as far as the pouch is concerned. The joeys that make it to the couch stays there for close to two months when their eyes open. As they grow, they can keep ties at the mother’s back as she hunts for food.

Opossums have tactics of protection especially when confronted by predators. Their first move is to hiss and growl in an attempt to scare away the predators. At times, the predators are scared and run for their lives. However, some predators are daring and will make the next move of attack. In the event that it is attacked, it will act dead by curling onto their backs as their anuses squirt foul fluid. It actually falls on its side and becomes limp while sticking its tongue out and staring into space. Besides, they are daring and can scare any form of predator by baring the teeth.

Occasionally, opossums attack pets or even humans with their sharp, pointed teeth; however, opossum attacks are rare and unlikely.  Opossums become dangerous with their ability to transmit leptospirosis, tuberculosis, coccidiosis, spotted fever, tularemia, and other diseases. Furthermore, opossums serve as host animals to fleas, ticks, lice, and mites, which puts dogs and cats at risk of becoming infested with these parasites.

It is possible to control these animals from accessing your residential area. Do this by sealing up any entrances to garages and attics. Since they are fond of forest areas, trimming overgrown branches within your backyard can help in controlling these animals. Other left over food and garbage do attract opossums and hence they should be kept at a distance from the house.

Opossums are actually not prone to aggression and some people even keep them as pets. However, there are those that go astray and
even though they are not aggressive, they are still termed as wild animals. An attempt to eliminate them from your yard calls for specialists. We specialize in handling opossums that have become a nuisance.